The NAG Library has recently undergone a major update with many new algorithms introduced. Added to the Correlation and Regression Analysis Chapter are two new Nearest Correlation Matrix (NCM) routines:

We have lots of material on the NCM. If you would like to learn more, check out the following resources:

We recommend that users move to the latest NAG Library because of additional functionality and guaranteed support levels (all supported clients are guaranteed technical assistance on the current release and one previous). If you have any questions about this release do contact your Account Manager or the NAG Technical Support Service.

Earlier this year we began developing a set of C++11 interfaces for the NAG Library - read the full story in the blogs: Part 1 and Part 2 - since then development work has moved on apace. We are now able to release interfaces for a small subset of NAG Library routines available in C++11 form. These interfaces are automatically generated, and we're releasing them so that we gain feedback on their design before rolling out the process across the whole library.

Please note: to make use of this software you will need a copy of the NAG Library, Mark 27, installed on your system.

This webinar will give an overview of the available methods for profiling HPC applications. You'll learn about the different analysis approaches and where they should be used. The primary focus is the analysis of parallel application performance (MPI and OpenMP) but single thread performance (efficient memory use, I/O analysis etc.) will also be covered. Examples will be shown using various profiling tools; however, no prior knowledge of these tools is assumed. Following the webinar you'll have an understanding of the available types of profiling tool, and how to choose an appropriate tool to diagnose potential performance issues in your own applications. 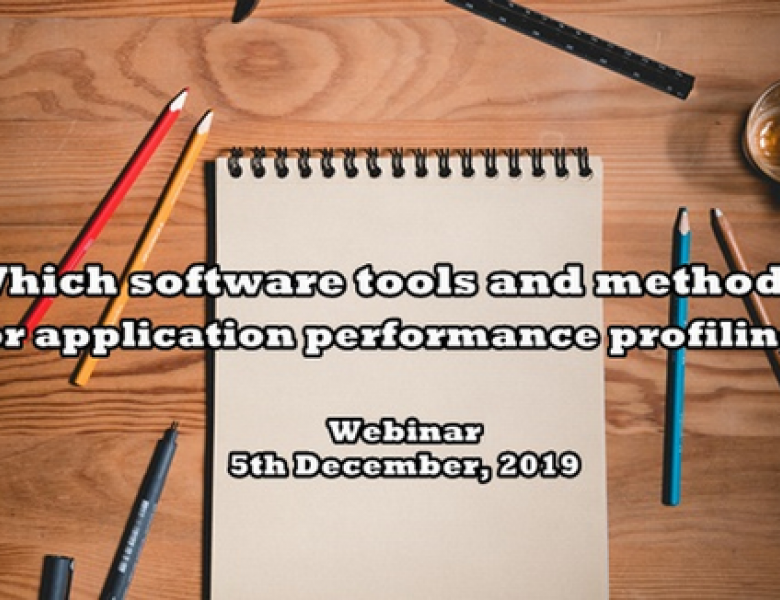 How the POP team help users analyse and optimize their parallel software?

A recent InsideHPC article explores POP and discovers how the team help users analyse and optimise their parallel software (for free)! The InsideHPC piece is based on an article written by NAG Developer Advocate, Mike Croucher, for Intel's The Parallel Universe publication https://intel.ly/2lQ5ORT

NAG is a partner of the EU POP Project (Performance Optimisation and Productivity).

Read the InsideHPC article
Out & About with NAG - Exhibitions, Conferences, Trade Shows, and Webinars

Best of the Blog

Using a technology stack of cloud GPUs, provided by Microsoft Azure, NAG Algorithmic Differentiation (AD) software tools, dco/c++, dco/map and the NAG AD Library, and Origami, a Grid/Cloud Task Execution Framework provided by Xi-FINTIQ and NAG in partnership, Scotiabank achieved an impressive runtime speedup of x30 for their risk calculations and derivatives pricing. In the words of Anthony Malakian, this "allows brokers to deliver more accurate derivatives pricing in 20 seconds, which would previously have taken 10 minutes". To read the article in full click here.

Many of the examples used in Subrata Ray's latest book are tested using the NAG Fortran Compiler. Recently, Wadud Miah of NAG was asked to review the book: "Fortran 2018 with Parallel Programming" is a comprehensive book which can be used as a tutorial and as a reference. The book covers the basics of the language and progresses to more advanced topics such as objected-oriented programming and interoperability with the C language using the 2003 standard. In addition, the book's emphasis is on parallel programming, with a comprehensive introduction to OpenMP, MPI and coarrays. Collective communication in coarrays using the 2018 standard is also well presented. The book gives comprehensive coverage of the 2008 standard, thus, it should cover the useful language features for anyone writing computational codes.

Mick Pont and Ning Li being presented with the coveted Alan Tayler Visiting Lecturer Award at the University of Oxford's Maths Institute meeting a few weeks ago. The awards were presented by Prof. Colin Please (right in the photo), co-director of the InFoMM Centre for Doctoral Training at the Maths Institute.