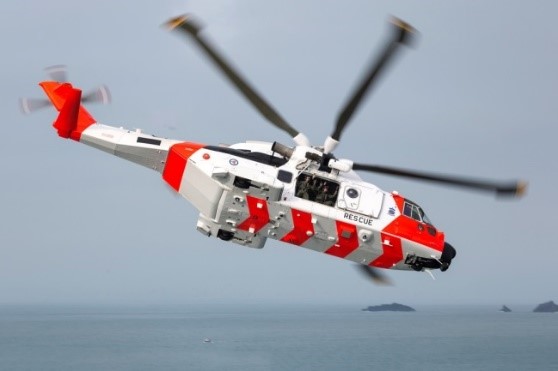 Leonardo SpA, formerly known as Finmeccanica is an Italian multinational company specialising in aerospace, defence and security. Centred in Rome, it is located at 180 sites worldwide. The company is organised into the divisions: Helicopters, Aircraft, Aerostructures, Electronics, Security and Information Systems.

The Helicopters division is based on the former independent companies Agusta and Westland. It performs research, design, development, production, customer support, pilot training and marketing of the company’s extensive range of modern helicopters for the commercial, public service, and security and defence markets. The plants are physically located in Italy, the UK, Poland and the US.

The Helicopter Division endeavours to constantly expand the capability and performance of its products, and to integrate the latest technology into its programmes, creating, through research and development, a modern and technologically advanced range of rotorcraft. Because of this Leonardo continually invest in advanced computer software. Although some of the company’s work utilises proprietary software, for example, in the areas of computational fluid dynamics or finite difference methods, because of its unique requirements it has been necessary to develop its own numerical code for the design, analysis and modelling of helicopter behaviour. Much of the code is written in Fortran, in conjunction with Unix scripts, and currently there are several hundred programs consisting of the order of 3 million lines of code, created and developed by both engineers and IT specialists, often by multiple contributors in parallel or sequentially over time.

The software is complex and often ground breaking. With this in mind, and to avoid re-inventing the wheel, the program developers access, with complete confidence, a large library of routines that offer a wide range of numerical and statistical routines. Leonardo Helicopters’ internally-developed code calls NAG Library routines for the following tasks:

Much of the code developed by Leonardo Helicopters’ in-house team is written specifically for analysing helicopter behaviour, and therefore requires specialist knowledge in designing algorithms and code. This process is greatly assisted by accessing NAG Library routines which, due to their longstanding widespread use throughout industry, the team place full confidence in. Because of the precise and detailed specification of the NAG Library over a range of areas, they can apply the routines to all aspects of the design and analysis process across each aircraft in the extensive range of helicopters described below. This is a major benefit to Leonardo.

Some of the tasks tackled by this software are:

Aircraft produced by the company include: