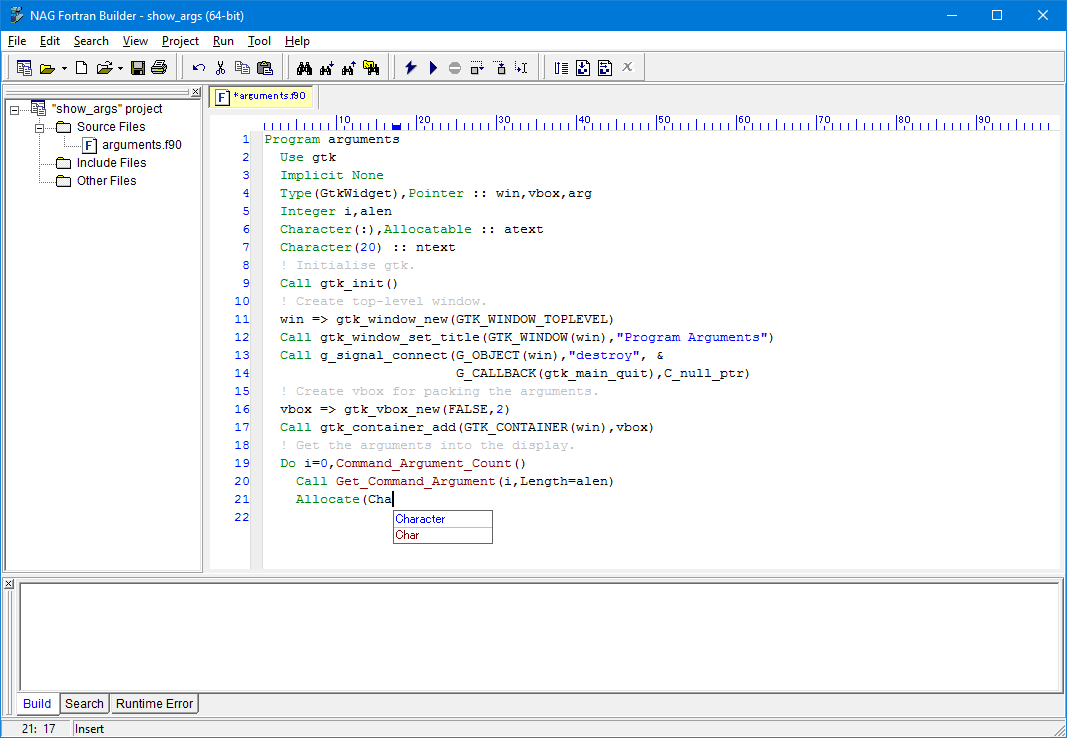 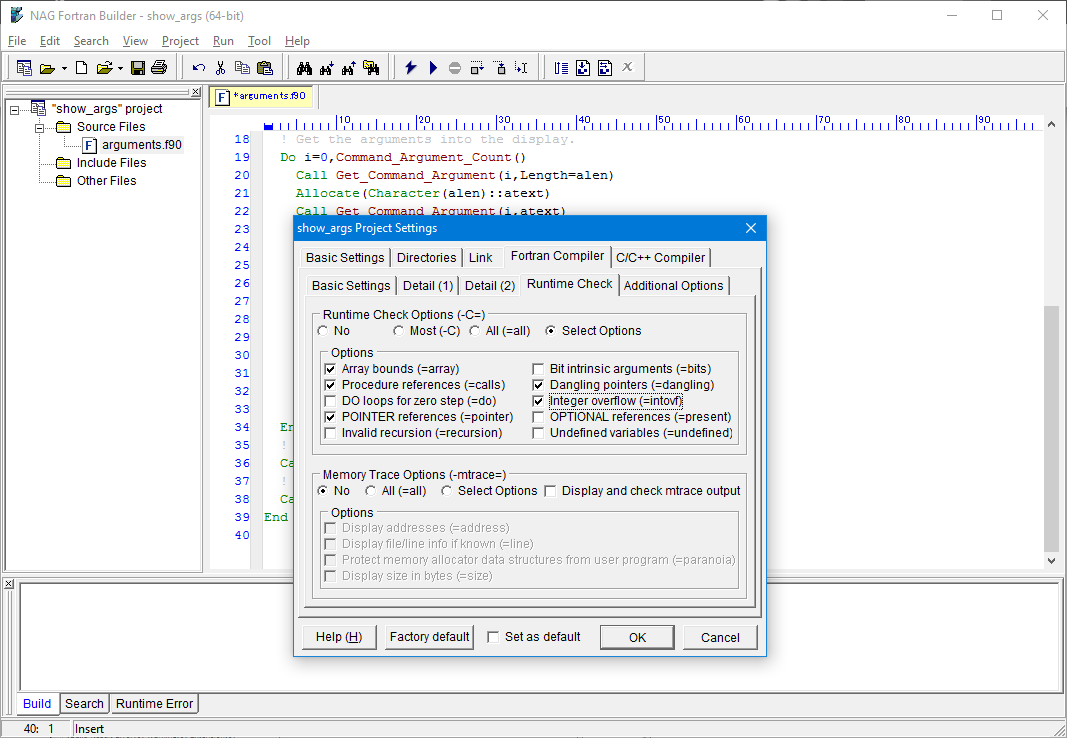 Illustrated below is a section showing some of the compiler options. The NAG Fortran Builder will advise on the most preferable method for your scenario. 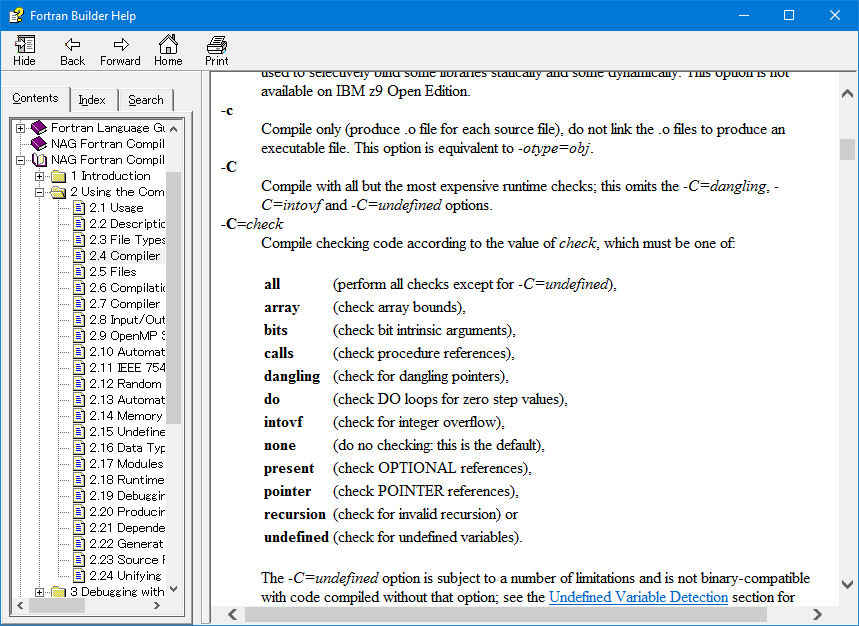 The image below features one of the Simfit plotting library programs showing a 3D and 2D contour. The NAG Fortran Library can be called into Fortran Builder and LAPACK routines are included in the software. 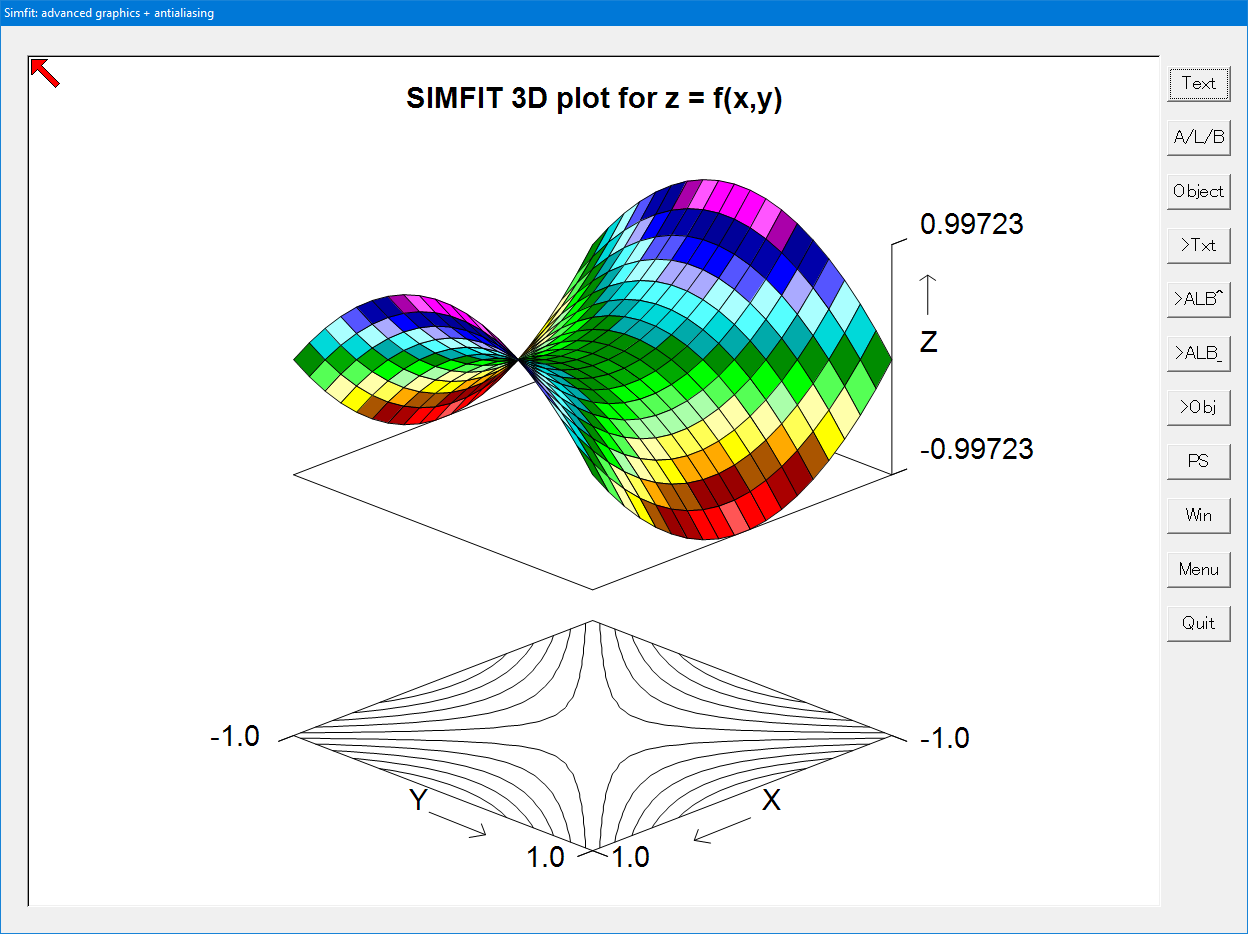 Illustrated below are a break point, the command line and several variable watch windows. The 'Run' menu shows the single-stepping and other options available during debugging. 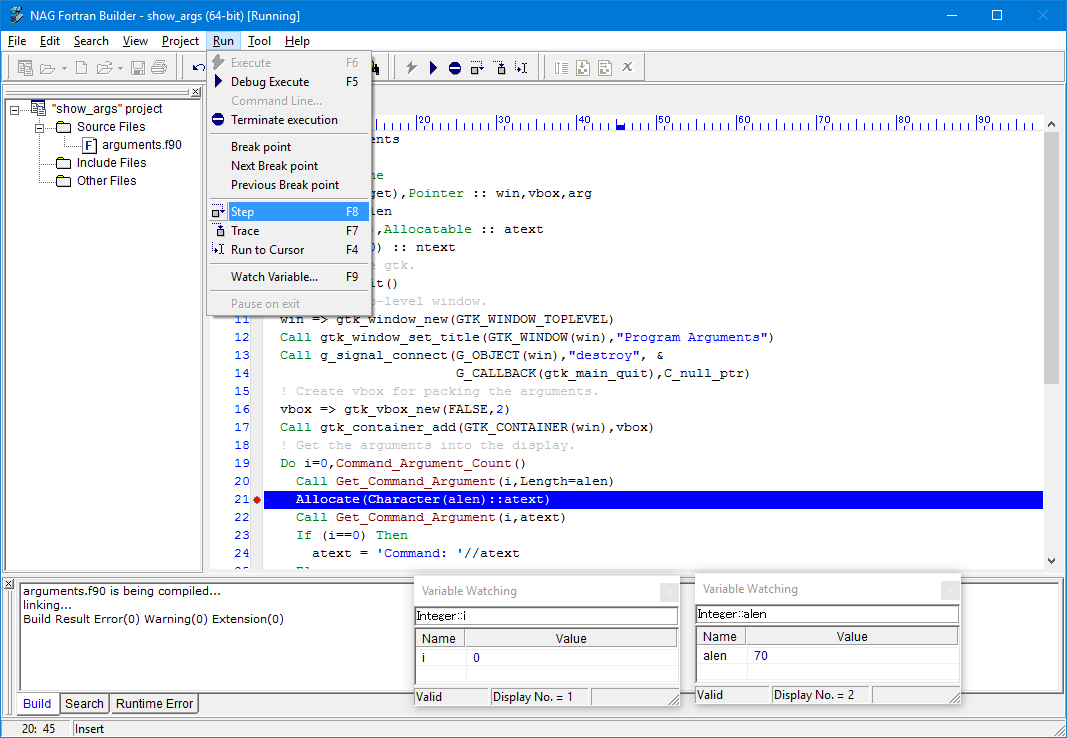