where T is the time to maturity, S0 is the spot price of the underlying asset, K is the strike price, r is the interest rate and σ is the volatility.

An important problem in finance is to compute the implied volatility, σ, given values T, K, S0, r and C. Typically volatilities are computed for large vectors of input data. An explicit formula for σ is not available, so numerical approximation is required. 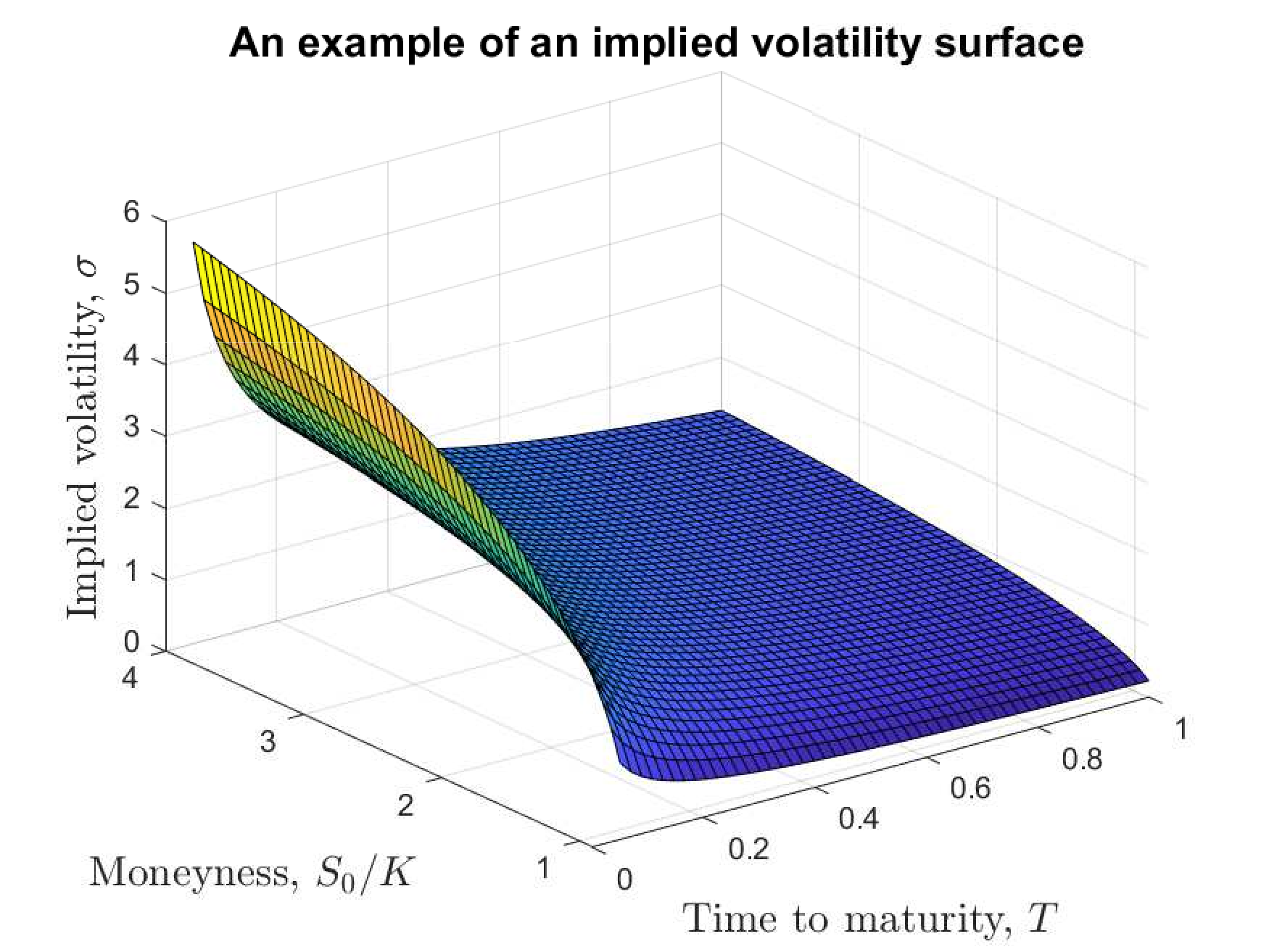 As the above figure illustrates, the volatility surface can be highly curved. This makes approximating σ difficult.

In practice, most methods reduce the dimensionality of the problem by substituting

A modified Newton iteration is used to compute v(c, x). The input domain is decomposed into four areas. Rational approximations are used to provide initial guesses and reduce the number of iterations.

The method is accurate to almost machine precision. However, branching prevents vectorization and impedes performance.

Question: Can we improve performance without losing accuracy?

Under suitable conditions the error in Chebyshev interpolation decays exponentially with the number of nodes (e.g. Trefethen (2013)).

Glau et. al (2018) exploit this by using a bivariate Chebyshev interpolation of v(c,x), resulting in a vectorizable algorithm. 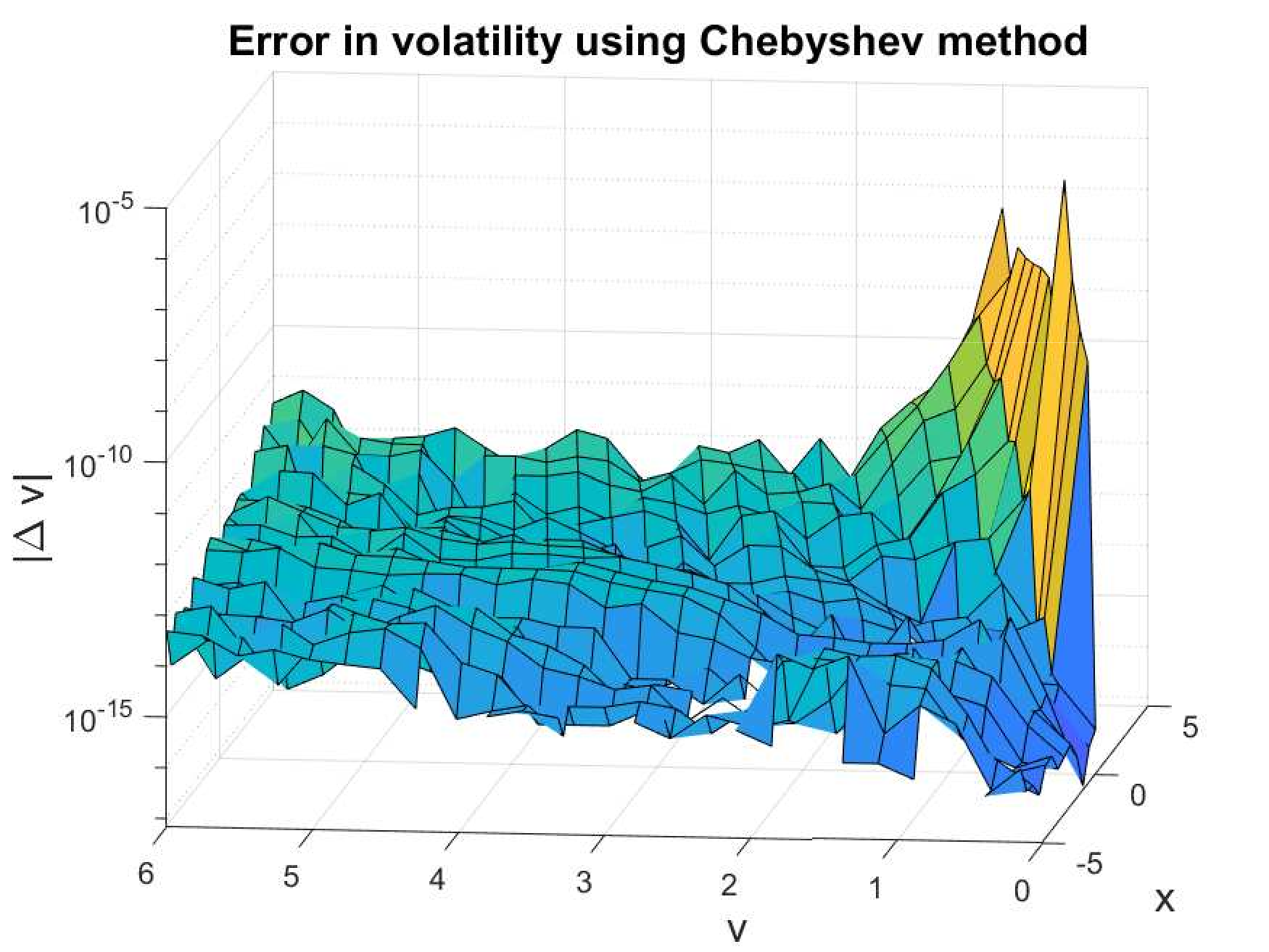 The error surface above shows that, for all but the most extreme input values, accuracy close to machine precision is attained.

Does The Domain Decomposition Impede Vectorization?

A single-domain version was developed. MATLAB® prototypes suggest that this should perform better due to increased vectorization.

The graph below compares our optimized implementations. 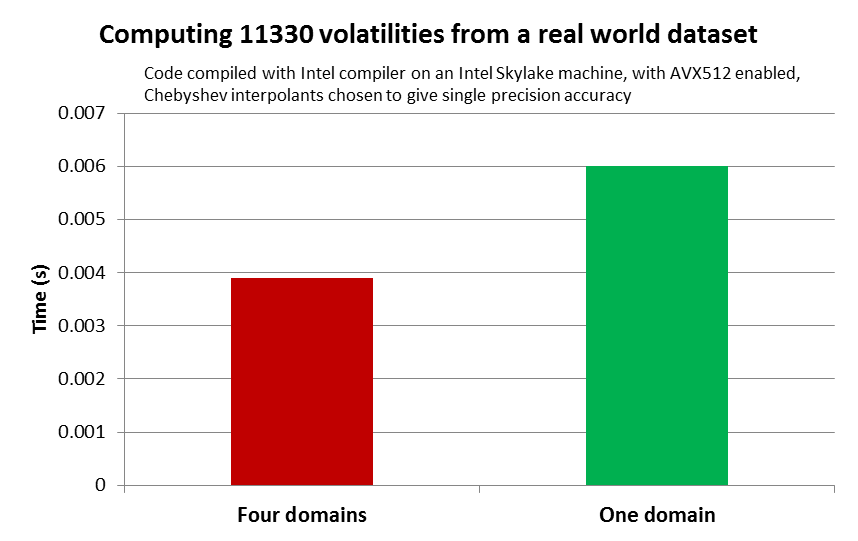 Profiling of the production code shows that:

This demonstrates how important it is to always profile your code! 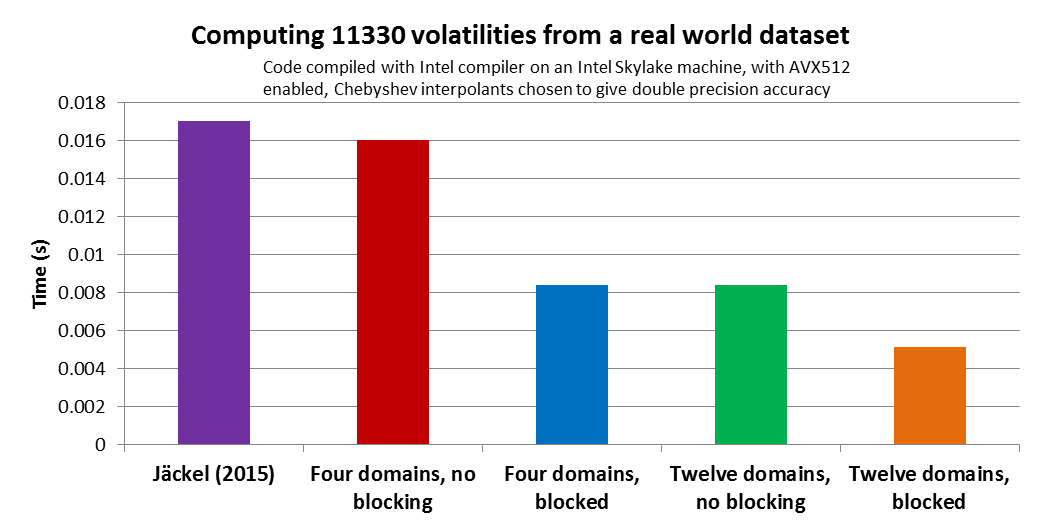 The blocking scheme and the increased number of domains combine to give a ~ 3.3 x speedup over Jäckel (2015).

Next Steps And Further Improvements

There is scope for further performance improvements.

To try a pre-release version of our code, do contact support@nag.com.

K. Glau, P. Herold, D. B. Madan and C. Pötz (2018) The Chebyshev method for the implied volatility Accepted for publication in the Journal of Computational Finance, preprint of former version available on arXiv:1710.01797