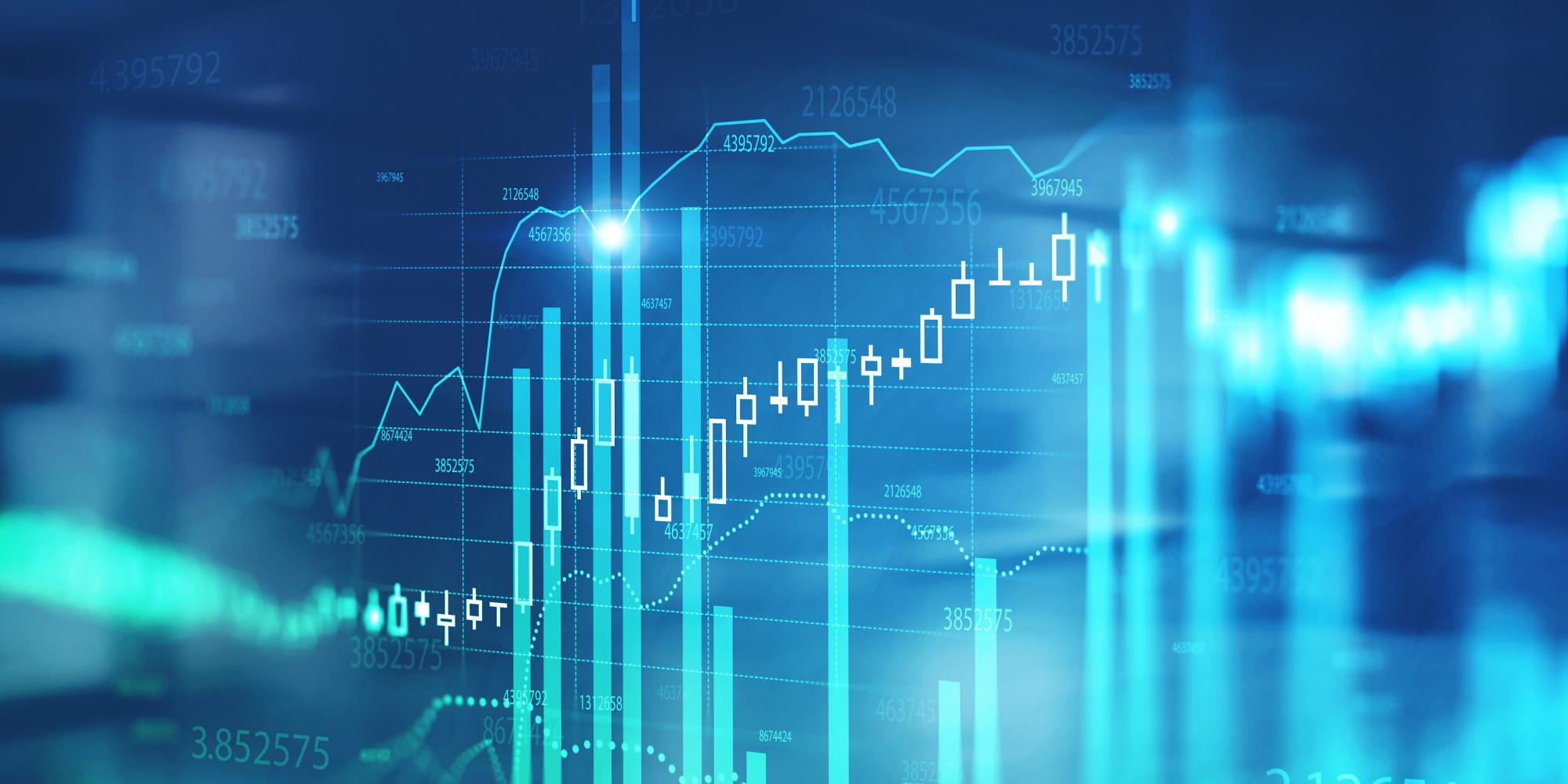 NAG are pioneers in AD technologies and help organisations apply AD to their computation. Blue chip clients in finance are reaping the benefits of NAG’s expertise in this field, and other industries could benefit extensively from implementing NAG AD Solutions.

Algorithmic Differentiation (AD) and Adjoint AD (AAD) are extremely powerful technologies. Applying them by hand to production sized codes is a serious, lengthy undertaking and requires a team of specialists. Code maintenance and updating also becomes more expensive and complex. For this reason, most people have turned to AD tools to get sensitivities of their simulation codes.

NAG's AD Software is based on over 15 person years of research. Organizations that are utilizing the Tools are reaping the extensive benefits that can be gained from implementing AD methods in their computation. NAG AD Software is been battle proven, at scale, in business critical applications. 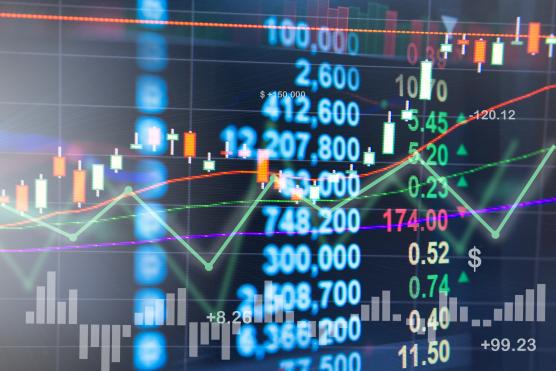 Report: Why do we need adjoint routines?
AD Software Benefits
Easy to learn and easy to use

dco/c++ is an operator-overloading tool with a slick API: the tool is easy to learn, easy to use, can be applied quickly to a code base and integrates easily with build and testing frameworks

Tier 1 and 2 banks have applied it to their core pricing and risk libraries and use it in production: the tool has been battle proven, at scale, in business critical applications

Arbitrary order derivatives of any code can be computed, accurate to machine precision: the tool can answer all your sensitivity-related questions

Interfacing with GPUs, and more

The checkpointing interface allows handwritten adjoints to be specified for any part of the code, allows interfacing with GPUs, and much more: as users progress, dco/c++ allows users to implement tricks to handle particular code patterns.

The dco/c++ data type gv<DCO_BASE_TYPE, VECTOR_SIZE>::type implements a vector data type primarily useful for SSE/AVX vectorization. This type can then be used as base type for primal, tangent and adjoint dco/c++ types.

This type can be used to turn parts of an adjoint computation passive, i.e. no tape activity is performed for objects of this type. Declaring a gbcp type of an adjoint type results in equal type sizes (=binary compatibility), while the gbcp type only provides access to the value object of the active type. A gbcp type can safely be cast to its value type when performing passive computations. Chaining gbcp types can be used to access any lower order of a higher order active type.

dco::ga1s<T>, dco::ga1v<T>, etc. are by default thread safe due to use of a thread-local global tape

dco::complex_t used as specialization of std::complex; req. for Windows and old gcc versions

Inlining is important to achieve best run time performance but it can increase compilation time. The user can now switch off the aggressive inlining in dco/c++ for faster compilation.

Learn more about the new and improved features of dco/c++ v3.4 here

The vector of adjoints is compressed by analysing the maximum number of required distinct adjoint memory locations. During interpretation, adjoint memory, which is no longer required, is overwritten and thus reused by indexing through modulo operations. This feature is especially useful for iterative algorithms (e.g. time iterations). The required memory for the vector of adjoints usually stays constant, independent of the number of iterations. Combined with use of disk tape, almost arbitrarily sized tapes can be generated, which might be especially of interest for prototyping or validation purposes.

The adjoint interpretation of the tape can omit propagation along edges when the corresponding adjoint to be propagated is zero. This might be of use when NaNs or Infs occur as local partial derivatives (e.g. when computing square root of zero), but this local result is only used for subsequent computations which are not relevant for the overall output. This feature might have a performance impact on tape interpretation and should therefore be considered for debugging configuration only.

dco/map is used to create adjoints of performance-critical sections of code, be they C++/OpenMP or CUDA. It has found application notably in accelerated XVA platforms where it helps deliver first and second order sensitivities. An overview is available here: High Performance Tape-Free Adjoint AD for C++11

The NAG AD Library provides expertly developed, tested, documented, and supported numerical and statistical routines that make the Algorithmic Differentiation process quicker, more efficient and productive, and eliminates the need to write your own code or rely on unsupported code. The Library has been designed so that it can be used with or without any other Algorithmic Differentiation (AD) tool; however, the conversion from code containing calls to primal routines to an adjoint version becomes most seamless when combined with NAG’s AD tool, dco/c++.

The numerical and statistical routines in the NAG AD Library can be called from C, C++ and Fortran. Example programs are available for each adjoint routine in both C++ and Fortran. The Library has been designed so that it can be used with or without any other Algorithmic Differentiation (AD) tool; however, the conversion from code containing calls to primal routines to an adjoint version becomes most seamless when combined with the AD tool dco/c++.

The interface of a NAG AD Library routine follows closely the interface of the primal NAG Library routine on which it is based. The main differences are: real-valued variables change type to a special defined data type; an extra C pointer argument is added as the first argument; functions (with a non-void return type) are replaced by a void function / subroutine containing an extra argument to provide the return value. The same changes also apply to function / subroutine arguments and user workspace arguments are always provided for those that perform computation. Adjoints with respect to active parameters provided in user workspace can also be provided.

Technical Report: Why do we need Adjoint routines?

The NAG Library Manual, Mark 27 is available in the following formats:

The Library consists of a number of generic interfaces:

In addition to the generic interfaces described in this manual, NAG supports interfaces tailored to specific environments and programming languages, including Python, Java, .NET and MATLAB®.

The Library is organized into Chapters – each being documented with its own Introduction and Contents list followed by a comprehensive document for each function detailing its purpose, description, list of parameters and possible error exits. Example programs and results are also supplied. All examples are available online to facilitate their use as templates for the users' calling programs.

The NAG Library Manual - prior releases

Previous releases of the NAG Library Manual are available from here

Support documentation for the installation and use of each implementation of the NAG Library is available.

For simulation programs written in Fortran a version of the NAG Fortran Compiler has been extended to serve as a pre-processor to dco. The seamless integration of AD into a complex build system is facilitated. Hence, the amount of modifications to be made by the user in the original source code can be minimized or even be eliminated entirely.

NAG AD Solution Services can assist in all these cases, whether it be writing adjoints for particular pieces of code, or porting to GPU and making GPU adjoint implementations.