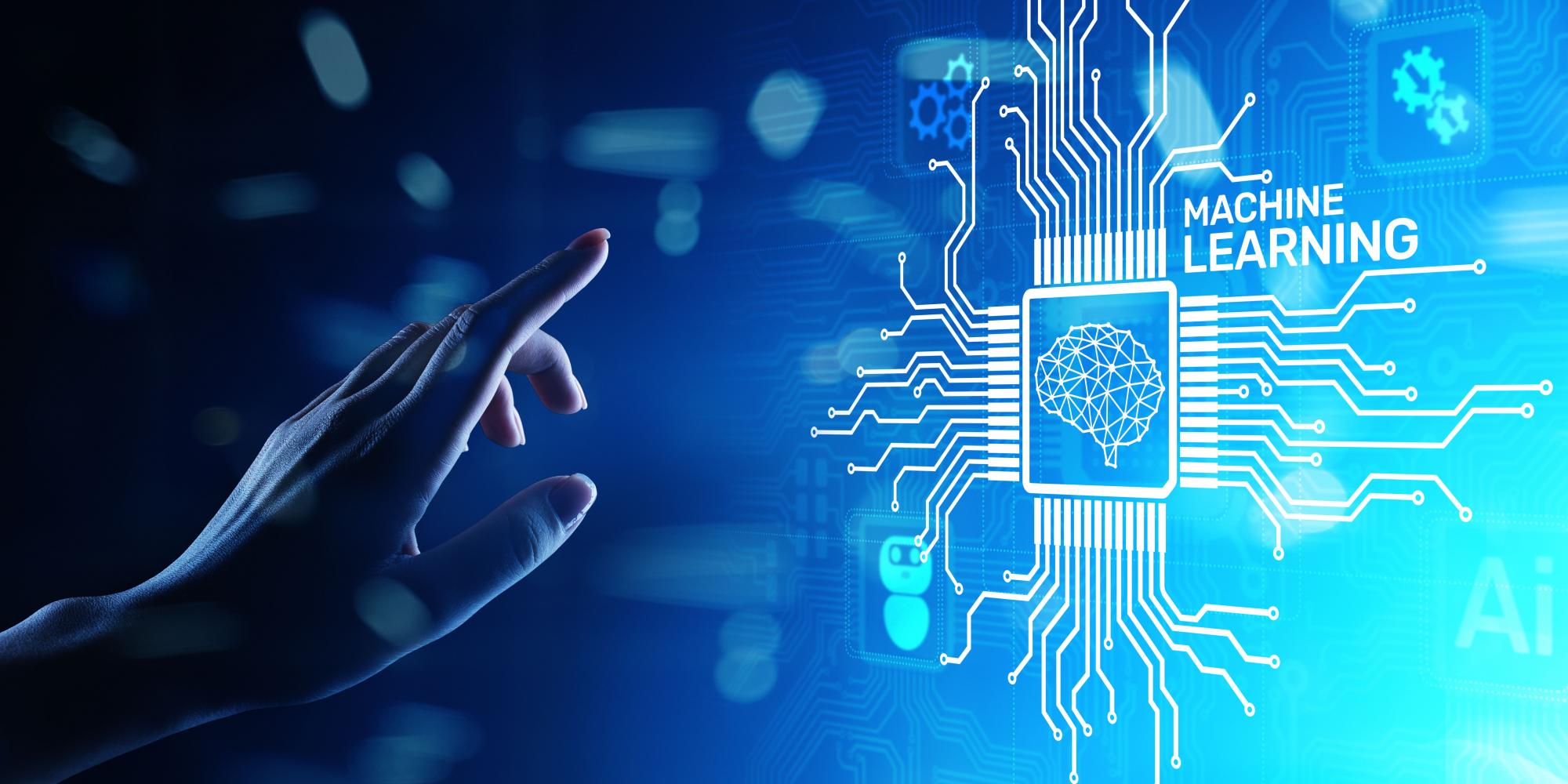 Machine learning is becoming ever more powerful and prevalent in the modern world, and is being used in all kinds of places from cutting-edge science to computer games, and self-driving cars to food production. However, it is a computationally-intensive process - particularly for the initial training stage of the model, and almost universally requires expensive GPU hardware to complete the training in a reasonable length of time. Because of this high hardware cost, and the increasing availability of cloud computing many ML users, both new and experienced are migrating their workflows to the cloud in order to reduce costs and access the latest and most powerful hardware.

This tutorial demonstrates porting an existing machine learning model to a virtual machine on the Microsoft Azure cloud platform. We will train a small movie recommendation model using a single GPU to give personalised recommendations. The total cost of performing this training should be no more than $5 using any of the single GPU instances currently available on Azure.

This is not the only way to perform ML training on Azure, for example, Microsoft also offer the Azure ML product, which is designed to allow rapid deployment of commonly used ML applications. However, the approach we will use here is the most flexible as it gives the user complete control over all aspects of the software environment, and is likely to be the fastest method of porting an existing ML workflow to Azure.

Although many machine learning models require large amounts of expensive compute time to train there are also models which can produce meaningful results from much smaller datasets using only a few minutes of CPU or GPU time. One such model is Neural Collaborative Filtering (NCF), which can be used to produce recommendation models from data on user interaction and rating data. This makes it possible to work through all the steps interactively in a few minutes and for only a few dollars in cloud costs.

We will be training our NCF model using the MovieLens-25M dataset from GroupLens. This dataset contains 25 million ratings of 62,000 movies from 162,000 users, along with tag genome data characterising the genre and features of the movies in the dataset. The resulting model can then be used to provide recommendations of the form "if you liked movie X you will probably also like movie Y".

The NCF implementation used for this tutorial is taken from the NVidia Deep Learning Examples repository on GitHub with a small modification to update it to use the newest MovieLens-25M dataset.

GPU-enabled VMs are publically available on Azure, however, you may still need to request quota before you can create them. If you do not have quota for the NCv2 family of VMs then the tutorial examples will fail to run with a message that you have exceeded quota.

By default, this tutorial assumes you will run in the SouthCentralUS Azure region so you should request a quota of at least 6 vCPUs for the NCv2 family in this region. To do this, go to the Azure Portal, go to the subscriptions area, open your subscription and select "Usage + Quotas" from the sidebar. From this pane, you can request additional quota using the "Request Increase" button. For a detailed guide see the Microsoft Documentation page.

The entirety of the training process can be scripted using the Azure CLI and standard Linux tools. An example script for doing this is provided as deploy_and_run_training.sh

This script executes all the commands shown below to create the VM instance and run the training. The custom-script VM extension is used to manage the installation of the docker and building of the image.

To run the example, first, ensure that you are logged into the Azure CLI, then you will need to edit the deploy_and_run_training.sh script to provide your personal ssh key - this is needed to allow the script to log into the training VM. You can then run the script which will set up the VM instance, run the training, download results and delete VM instance. When the script completes you should have the final trained weights, final predictions for one of the users, and a training log downloaded to files named model.pth, predictions.csv, and training.log, respectively, in your working directory.

Note: The script will attempt to clean up all resources after use, but it is strongly recommended to check this manually in the Azure portal to avoid a nasty - and expensive - surprise if something goes wrong.

Setting Up a Training Instance

The NCF model with the MovieLens dataset is small enough to be trained in just a few minutes on a single GPU (P100 or V100), so to begin with we will set up a single VM instance and deploy a docker container with PyTorch that we can use to train the model. The instance type we used was "Standard_NC6s_v2", which contains a single NVidia P100, however, you can use any instance type you like so long as it has an NVidia P100 or V100 - only the training time of the model should change.

All of the setup commands below are contained in the deploy_and_run_training.sh script - see the "Scripting the VM Setup and Training" section below

First, we will create a new resource group to hold the VM and its related materials. This allows easy management and deletion of the resources we have used when they are no longer needed.

Throughout this tutorial values inside angle brackets (<>) represent user-specific choices of names and options and should be replaced with an appropriate value when executing the command:

Note: you can use another location, but make sure it is one where NCv2 VMs are available. (Use https://azure.microsoft.com/en-us/global-infrastructure/services/ to check availability.)

Then create a VM instance in this resource group:

Then the GPU driver extension needs to be installed:

Note: Currently this extension continues to perform actions after it reports being completed. You may need to wait up to an additional 10 minutes for the instance to install additional packages and reboot before the next steps can be done.

Getting a copy of the tutorial repository

Once we are logged into the VM instance, we need to acquire a local copy of the tutorial repository. We will do this on the local ssd of the instance, which is mounted at /mnt/resource:

The MLFirstSteps_Azure directory contains all the materials needed to complete this tutorial. The ncf model and training scripts are located in the ncf subdirectory of this repository. This directory will be mounted in the docker container in the next step.

Installing the Docker and Building the Image

Once we have logged into the instance, we need to install the docker with the NVidia runtime. Since we are using the CentOS image on our VM, we can use yum as shown:

Important Note: You may receive a message that yum is "waiting for a lock". This can occur when azure extensions are still running in the background

It is also necessary to instruct the docker to use a different directory to store container data as there is insufficient free space on Azure VM OS images:

Finally, add your username to the docker group and restart the docker service:

Now we need to exit the ssh session and log back in for the user permission changes to take effect.

Once we have logged back we can build the image using the Dockerfile provided in the repository:

To run the training, first it is necessary to launch the docker container, mounting the training scripts directory as /work within the container.

The final step before running the training is to download and prepare the dataset. This is done using the prepare_dataset.sh script:

Having trained the model we can now use it to recommend additional movies. For each user/movie pairing the model gives a predicted user rating between 0-1. The highest predicted movies not rated by the user can then be used as recommendations for that user.

The provided ncf/userinference.py script gives an example of how to generate predictions from the trained model. It can be run either on the remote machine or a local machine with PyTorch installed and does not require a GPU to run. It takes two command-line arguments, the first the path to the trained model file, and the second the path to the original movies.csv file from the dataset - this is used to map movie IDs back to their names.

The script will output the predictions sorted by descending rating in the file predictions.csv.

By default, the script will generate a predicted rating for all movies in the dataset for the highest user ID number.

Downloading the results to your local machine

The results can now be copied back via ssh secure copy. To do this, use scp from your local machine:

Deleting the Instance After Use

To avoid being billed for more resources than needed it is important to delete the VM instance and associated resources after use.

Ideally, if you created a resource group specifically for the tutorial resources, the whole group can be deleted at once:

Alternatively, if you wish to retain the other resources and delete just the VM instance, use the az vm delete command:

Either way, make sure that you've deleted everything you expected to by looking in the Azure Portal

Having followed this tutorial you should have an idea of the steps involved in deploying an existing machine learning workflow on the Azure platform using Docker containers. The key steps in such a workflow are:

What Haven't We Told You (Yet)?

Running in the cloud gives you a lot of flexibility in terms of the machine types and pricing options available. Here are a couple of extra things to consider if you are planning to deploy ML to the cloud in earnest:

By default, Azure VMs are charged at "Pay as you go" pricing rates. This gives you guaranteed access to the VM until you choose to stop it, but it is the most expensive way to pay for compute on Azure.

If you have a workload that can be interrupted or are happy to take the risk that your job might not complete, you can use the spot pricing tier instead. This allows you to purchase unused compute capacity at a large discount (typically 80-90%) with the risk that your workload could be evicted at any time.

To make use of the spot pricing tier you can pass the --priority Spot option to the Azure cli when creating your VM.

The Azure platform offers a variety of different GPU instances with different types and numbers of GPU available. In this tutorial we have used the "Standard_NC6s_v2" VM type with a single NVidia P100, however, we could also run this training on a V100 equipped VM or a VM with multiple GPUs. To do this we would simply change the requested VM size when calling az vm create. For example, for a faster result at a higher cost than the Standard_NC6s_v2, we could use a Standard_NC12s_v2 instance which is equipped with 2 P100 GPUs. Then to take advantage of both GPUs when training pass a value of 2 to --nproc-per-node when launching the training.

NAG offers a Cloud HPC Migration Service and HPC consulting to help organisations optimize their numerical applications for the cloud and HPC. For impartial, vendor-agnostic advice on HPC and to find out how NAG can help you migrate to the cloud see HPC and Cloud Consulting and Services.

Connect me to an expert
Author
Phil Tooley
Leave a Comment