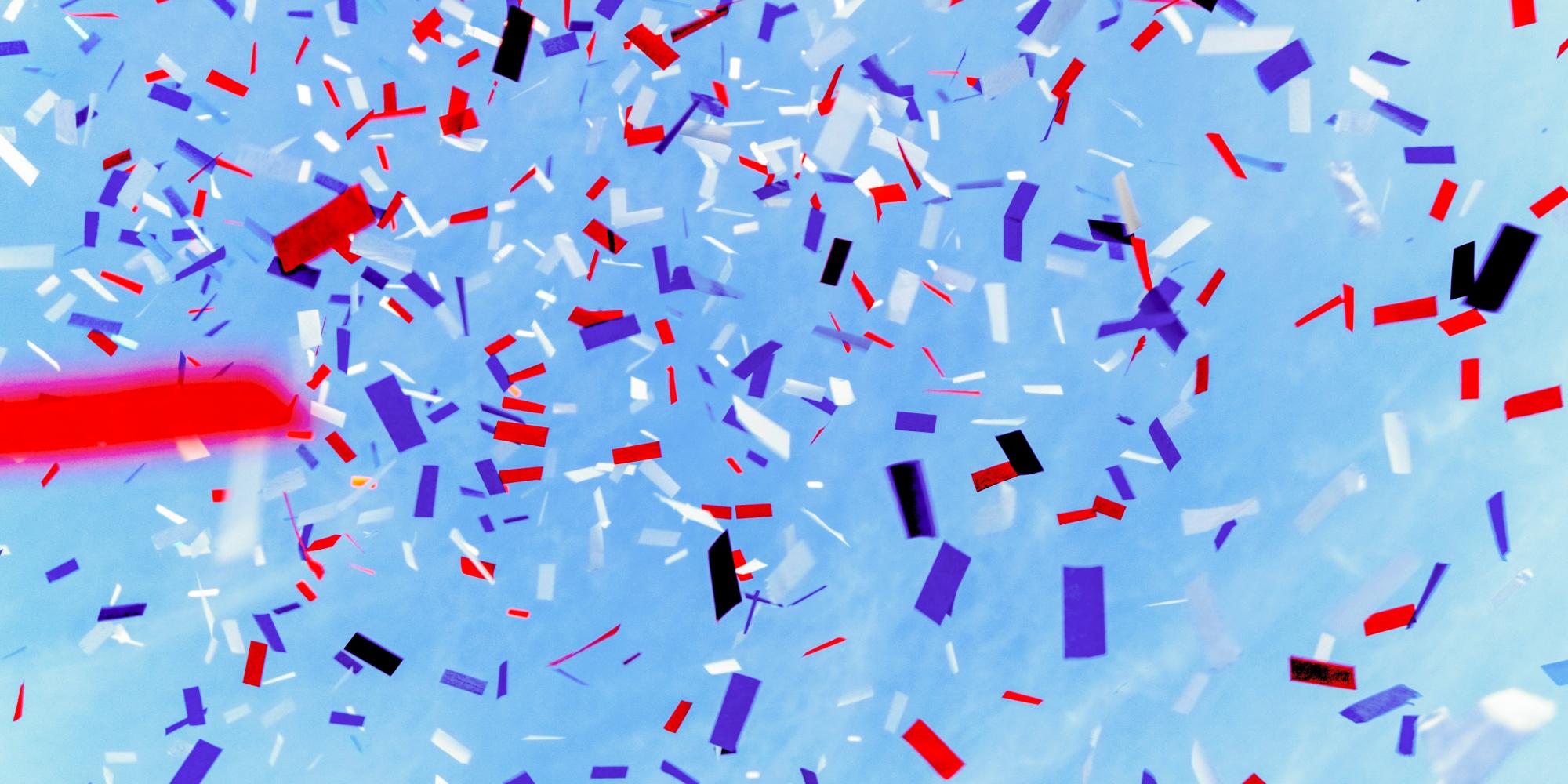 On the 13th May 1970 a small team gathered around a conference table at the University of Nottingham. Little would any of that team know that fifty years later we would be celebrating the anniversary of what became the Numerical Algorithms Group. We wanted to celebrate this auspicious occasion by reminding you of NAG’s founding, our impressive contributions to society over the last fifty years, and how NAG is preparing for the next fifty. This message is compiled by NAG’s three leaders: Brian Ford (Founding Director, 1970-2004), Rob Meyer (CEO, 2004-19) and Adrian Tate (NAG’s current CEO). It is appropriate that the three of us collaborate on this note to you since true collaboration was one of the founding principles of NAG.

Of course that small team in Nottingham had no idea how long and how far their efforts would extend. The intent from the outset was mutual collaboration in developing a numerical algorithms library, made up of the best routines in all solvable numerical areas, supported by test software and excellent user documentation. Joan Walsh from Manchester was an expert in ordinary differential equations, Linda Hayes from Oxford in numerical linear algebra, Shirley Lill from Leeds in non-linear optimization, Brian brought expertise in random number generators and the eigen-value problem. In addition to the above the inaugural meeting was chaired by Eric Foxley and included Adrian Hock from Leeds and Bart Fossey from Chiltern Atlas Laboratory.

That day, the group decided that the Library routines would have systematic naming and cross-calling where possible and relevant. The group also agreed to build a Library in Algol 60 and Fortran for the ICL 1906A Computer, which each site would be receiving during the following year. The aim was a first Library release in September 1971 with annual Mark updates thereafter.

In the early years, the NAG project was at Nottingham University where Steve Hague became the first full-time employee in October 1971. In August 1973 NAG moved to Oxford University, where NAG the project became NAG Ltd. (the present company) in 1976. The Library and NAG staff grew from strength to strength, attracting international collaboration with its contents and its use, greatly assisted by the involvement of Prof Leslie Fox and especially Dr James (Jim) Wilkinson. The Library was implemented on various computer families in other UK universities. Its availability and reliability led to a massive flowering of computational research and development in Science and Engineering, resulting in thousands of Library users including a serious number of researchers who won Nobel Prizes.

In 1978, a subsidiary (NAG Inc.) was created with Carol and Brian Smith in Downers Grove, Illinois, enabling NAG to develop many new customers and collaborations in North America. By the end of its first decade, NAG had transformed itself from a collaborative university-based activity to a successful independent trading company, operating world-wide. By 1980, the NAG ethos of collaboration and technical excellence was well established but about to be tested.

The 1980s and 1990s brought the Internet and wave upon wave of change in both hardware and software as mainframe computers gave way to mini-computers, personal computers, HPC systems, engineering workstations and the early commodity clusters of the current era.

New technical computing software platforms in the form of MATLAB, Maple, and Mathematica offered alternatives to the Library and changed the way technical computing was done. NAG responded by collaborating to develop specialist computing environments and adapting the Library to serve new markets such as quantitative finance. NAG also ultimately adapted the Library to enable processor manufacturers to assure accuracy and performance on new processor architectures and to enable independent software vendors to add new mathematically and statistically based analytical features. Through it all, NAG continued to invest in both new algorithmic methods and software engineering technology.

By the early 2000s, it was increasingly clear that NAG would need to become more than world experts in algorithms and Libraries if we were to grow and develop. The evolution of open-source software and large-scale research supercomputers created more demand for expert HPC computational science services to enable a new era of science. Between 2007 and 2014 NAG built a team of 12 staff and multiple consultants to deliver application support to researchers on the UK’s HECToR supercomputer. Our growing services business enabled growing investment in R&D. While much of the R&D continued to focus on algorithmic content, we also focused on software engineering that has made the Library easier for customers to use and that has improved quality and efficiency in the product development process.

In the most recent decade, we expanded our computational services to support R&D in the oil & gas industry, a host of new processor architectures and the movement of a growing fraction of technical computing to cloud-based services. In software development, our R&D has dramatically expanded our capabilities in mathematical optimization and in technologies such as algorithmic differentiation and domain-specific languages to serve our customers in finance, energy, and complex analytics.

As we approach NAG’s 50th anniversary the world and the computing landscape continue to evolve, sometimes at a startling pace. One can be forgiven for questioning NAG’s relevance in such a new world, but one does not have to look far to see that the same mathematical and technical principles in which NAG excels remain highly relevant. For example, the ubiquity of cloud computing means that many algorithmic implementations have to be re-engineered to fit this paradigm. Similarly, the excitement around machine learning underscores the relevance of linear algebra and optimization. We are able to apply our timeless expertise in numerical algorithms and HPC to new problems, with new partners and reaching new communities.

We remain committed to providing high-quality algorithmic services to the scientific and engineering community. However, the way that these services are delivered, the specific types of expertise and the relationships needed to sustain them, are all changing. Not for the first time, NAG is in the process of reinventing itself, figuring out how to sustainably provide tools and services to support scientific communities for many years to come. It is more difficult today to provide customer-agnostic technologies sustainably, and so deeper relationships are required with customers and partners to enable the development of durable technical solutions, even in the presence of strong competition. We are evolving NAG as an organisation and partner to make this realistic.

As we implement these changes, one thing remains constant - NAG is and always will be committed to the values of technical excellence and collaboration upon which Brian and colleagues founded the company, and on which NAG has thrived for half a century. On this same model, we are building a NAG that can survive and prosper for another 50 years and we look forward to working with you all to make that happen!

Author
NAG
Comments
IC
Ian Clifton
Congratulations all round! I think I first used a NAG routine around 1980, almost certainly Chebyshev polynomial fitting. I can testify to the quality of the documentation, even in those days!
KATCD
Khurshid Ahmad, Trinity College Dublin
I had used NAG library on a ICL 1905F (at Surrey) and then on IBM 370 195 (at Rutherford Labs) from 1971/2 onwards until late into 1990's. The marketing push of MATLAB has not deterred my enthusiasm for NAG, and will explore quantitative finance. I was once interviewed for a position at NAG in 1976 which was an introduction to the urbane and polite research environment of the time!
SS-IM
Shane Story - Intel MKL
Congratulations on your Golden Anniversary! Having worked with the NAG team since the early 1990s, I can affirm that they're superb technologists, genuinely customer oriented and most importantly, good friends. Best wishes and ready yourselves for the next 50 years!
AT
Andrew Tait
I met Brian Ford when I was a post doctoral fellow in the Department of Mathematics at the University of Nottingham in 1971. I thought that NAG was a great idea and I congratulate them on the evolution of the company. Let us look forward to the next 50 years and their continued contribution to science.
HK
Heike Koch-Beuttenmüller
I started with the NAG Library in late 1970ths. We transformed the ALGOL 60 library to the Computer TR440 from Telefunken at the University of Ulm. That was a nice and interesting time for me and I like to remember several very interesting NAG meetings for example in Cambridge, Hannover and Oxford. Since that time different NAG Libraries are used at the Ulm University unto now.
Congratulations to the important work for numerical computations done at NAG. Kind regards to Brian Ford and further NAG colleagues who might remember me.
Heike Koch-Beuttenmüller
Elchingen/Ulm
Leave a Comment